How can we help you today?

What is 'Beta' in Nero AI Photo Tagger?

What is the Nero AI Photo Tagger Beta version?

The Nero AI Photo Tagger Beta lets users try out pre-release features. The feedback you provide on quality and usability helps us identify issues, fix them, and make Nero AI Photo Tagger even better. Please note that since the public beta version has not yet been commercially released by Nero, it may contain bugs or inaccuracies and may not function as well as commercially released version.

How can I try the beta?

So far, Beta feature is only available in yearly subscription version v23.5.x.
After you updated to the version which includes Beta features, you will get a Beta promotion dialog: 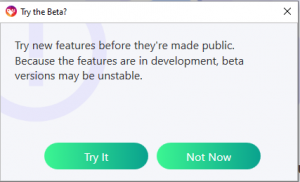 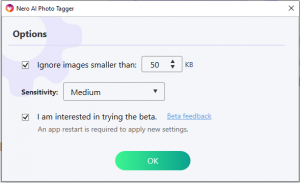 All Beta features are marked with 'Beta' logo: 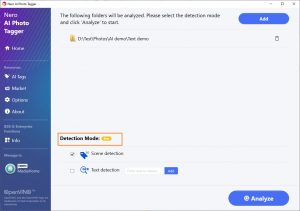 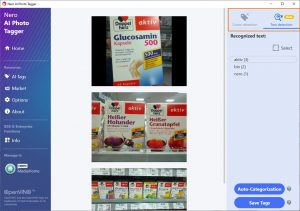 What is the major difference between beta features and released features?

Compared with the released features, the Beta features may contain bugs or inaccuracies. There is still room for improvement in detection accuracy and performance and the supported languages are very limited. But overall, the beta features will not affect the normal use of the application in general.

How could I send feedback?

Following the option of 'trying the beta', it is the link to send beta feedback. Clicking the link can participate in our beta survey. You can also send your feedback to Nero technical support. Any feedback you provide on quality and usability helps us identify issues, fix them, and make Nero AI Photo Tagger even better.

How could I rollback to the commercially released version?

If you dont want to try the Beta features anymore, you just need to uncheck the 'I am interested in trying the beta' option. After an application restart,  you will back to the commercially released version.